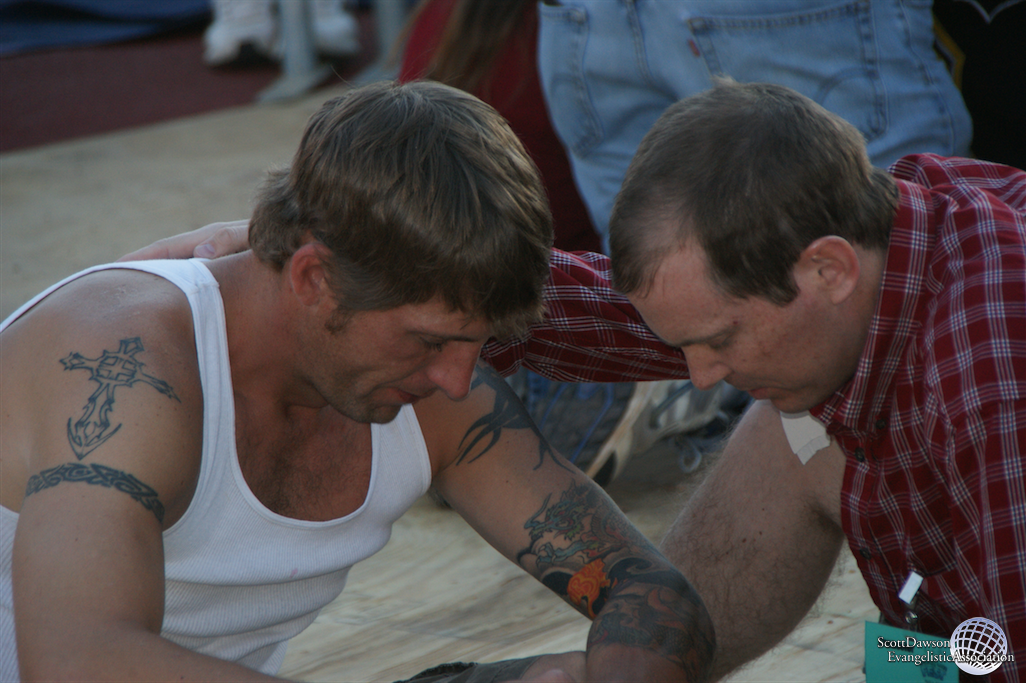 Most of us there working yesterday at the store came to the conclusion that we were busier than the day before Thanksgiving or Christmas. The orders were smaller, the items purchased were different, but there were more people stocking up on snackin' food for the Super Bowl, than those who stocked up to stuff turkeys and stockings during the holidays. On and on and on the line went.

Just about every order had at least one bag of chips and some type of dip. There was, of course, a lot of beer in a lot of the orders. Before I went to work yesterday I prayed for God to use me at the store. In the middle of all the beer orders, I remembered the prayer. Just then a couple of guys spent 78 dollars on beer alone. They looked at each other and complained and tried to figure out how much it would be for each to pay their part. They finally came to the conclusion, "39 bucks." As I gave them their change I said, "Thank you come back" and silently prayed they each would come to give ten times that much money to God before 2012 ends. As I prayed the silent prayer, one of the men stopped, looked at me, and said, "I hope you have a nice evening." Super. That was a God nudge I do believe.

The most interesting order of the evening had to be the guy with alllllllll the chips and dip. He had Doritos, Fritos, Tostitos, two of each. He had Spinach Dip, Bean Dip, Onion Dip, Ranch Dip, and Cheese Dip. All of this added up to 39 bucks. As I told him the total. He handed me two twenties and said, "You know, I just spent 39 bucks on dip and chip for a bunch of people who I don't even like who are coming to my house to watch two teams play that I don't even like, God help me!" Like I said interestingly he had a reality check right there in the checkout line. That too I believe was a God nudge for as he left he said, "Hope you don't have to work too hard checking out all these football junkies."

Finally, game time came and my line subsided as everyone settled in to watch the game. The remainder of the evening was slow with some regular customers buying regular groceries. Right at closing time, there was a family who came in and asked for a wheelchair. There was a mother, daughter, granddaughter and the older lady who needed the chair must have been the great grandmother. Each one had a separate order to pay for. The older lady pulled out her wallet to pay. for her "39 dollar" order. She held each bill very close to her eyes to see what she was handing me. I told her the bill was a twenty and she thanked me. She told me she was nearly blind. I asked what was wrong and she told me she had the same eye disease my mother had before she passed, and also told me she had seen the same eye surgeon in Memphis. I remembered all the times I had told my mother what kind of bill she was handing to a cashier.

The ladies finished checking out and went out the door. Suddenly I got a God nudge. I remembered the prayer I had prayed and gone out to where the lady was and asked if I could pray for her eyes. She said, "Yes, please do." I put my arm around her and prayed for her to be able to see clearly. I prayed for healing and mentioned the scripture by His stripes we were healed. The lady was so sweet and thanked me over and over and said, "God bless you."

As I went back in to finish out the evening I thought about 39. I just then remembered all the "39 buck" orders. Then I remembered that Jesus took *39 stripes for our healing. A God nudge. Thank you, Lord, for all the little nudges you give us. Help us to recognize them and use us every super day that you give us.

Who his own self bare our sins in his own body on the tree, that we, being dead to sins, should live unto righteousness: by whose stripes ye were healed. I Peter 2:24