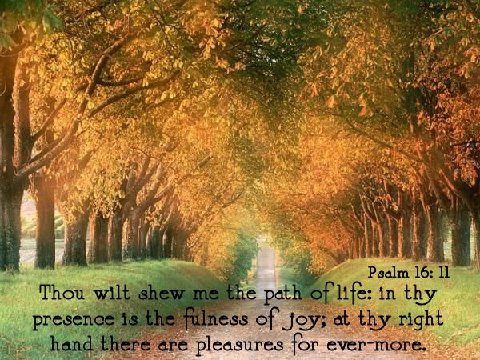 John 4:3 He left Judea and departed again to Galilee. 4But He needed to go through Samaria.
5So He came to a city of Samaria which is called Sychar, near the plot of ground that Jacob gave to his son Joseph. 6Now Jacob's well was there. Jesus therefore, being wearied from His journey, sat thus by the well. It was about the sixth hour

I Need to Go There

Jesus was on a journey and made a detour. The disciples who traveled with Him didn't understand but did follow. Those of us who follow Jesus have to always be ready to take detours on our journeys and follow Him wherever He may lead. Now when we think of taking detours in our lives and going where Jesus leads, we may think of long missionary journeys to faraway lands. However, not everyone goes far away on their journey with Jesus. Some remain close to home and serve Him. True followers of Christ find Jesus likes to go to our everyday places as well as faraway places. Jesus also often takes us to out of the way places, detours if you will, that we wouldn't really consider far away to accomplish His purpose.

These little detours may be as small as turning down a street you don't normally travel and praying as you drive. The detour may be as simple as going to a business you don't normally go to and finding someone there who has a prayer need. You just never know with Jesus. He orders our steps and we are to walk on the path that He directs.

In the scripture in John 4, we find that Jesus had planned to travel from Judea to Galilee but detoured to Samaria. How far was this?

Of course, the exact locations or distance can't be determined, but from Jerusalem to Samaria is 42 miles. So it seems Jesus went at least 42 miles out of His way to meet one Samaritan woman at the well. However, one woman was key to saving her entire city. Jesus knows all and knew well what would happen at the well. He knew who He would meet. He knew the impact she would have to change her world. He knew she was special to Him. The disciples didn't understand why Samaria, but Jesus had the trip mapped out detours and all. He needed to go there.

In my own life, I think of how God changes the direction of my journey quite often. I thank God He leads me and provides the means for me to get where He wants me to be. Thank God I haven't had to actually walk on a 42-mile detour, but usually just a few steps. Such incidents happen often when we go and minister at the hospital with the Basket Brigade. If there is an extra basket God always leads me to the exact floor and room where He wants it delivered.

Like I said a detour of a few steps locally happens often, but this weekend God took me on a little longer journey where He had one person He wanted me to meet. Centerville, TN is little more than a wide place in the road. How I ended up there this weekend with a reservation at the only hotel is town was clearly God's call, not mine. On a journey from Tupelo to Nashville down the trace, Centerville is way off course, but I landed right in the center of the city. Centerville was a 20-mile detour off the Trace for us and we had 78 miles to go to reach Nashville the next morning. At Centerville, we were the only guests at the hotel on Friday night. Strange. After checking in and unpacking we ventured out on the town and found they celebrated Halloween in a big way. There was a Halloween parade around the town square. On the town square, there had once been a statue of Minnie Pearl, but a local shop owner told us someone had stolen it. Why Minnie Pearl? Centerville was her hometown. The story of someone stealing the statue didn't surprise me that much when I saw all the people of the town dressed like zombies and other ghouls. But they did have good donuts at one of the shops on the square.

Back at the hotel after seeing all the goofy spooky stuff, I was kind of uneasy about being the only guests there. My mind wandered to old scary movies I had watched when I was young. Needless to say, I slept very little. I and God had several conversations. In one of those, He told me there was a purpose for being in the center of this out of the way place. The next morning there was no continental breakfast, but surprisingly the little town had a McDonald's. Joy.

As I ate I observed people coming and going. I wondered how God had allowed each of them to be here on their journeys. There was a young man who worked there in the dining room carefully cleaning each chair. I watched this blonde-haired kid sigh and move on to the next table beside me. I said, "You missed a spot." He laughed. I went on to ask him about Minnie Pearl and the history of this town. He said he was 17, had lived here since he was five and had no idea who Minnie Pearl was. I told him to find out before he turned 18. He laughed again. I asked him was this his first job. He said, "Yes" with about as much excitement as someone cleaning chairs as McDonald's in Centerville, TN at 8 AM on a Saturday morning could possibly have. I told him my first job was a restaurant too and things would get better. I also told him to treasure friends he makes here who would probably still be his friends when he is old like me. He smiled and we left and went on to spend the day in Nashville.

That evening we returned to our hotel in Centerville to find two cars besides ours on the parking lot! We were amazed. I slept more but talked to God some as well. He told me the blonde-haired boy was "the one" I came to Centerville to meet. On Sunday morning we were going to go back toward Nashville for breakfast, but I told my husband I needed to go to McDonald's. The young blonde-haired boy wasn't there.

I looked around at others working, but there was just no connection. I thought of others I had met who worked at the hotel etc but still felt God wanted me there for the young man who worked at McDonald's. We finished eating and were about to walk out the door when Colton walked in.

I said, "Hey, did you find out who Minnie Pearl is yet?" He smiled and said, "No." I said, "You mean you didn't do your homework?" I then told him we were from out of town, going to head back home today and I was glad I had got to meet him. I asked his name, and he said, "Colton." I then told him that I believed he was very special and that God had amazing plans for his life. I told him I would pray for him daily. He smiled and said, "Thank you." We left.

Now I would like to tell you I saw on the news the next day how Colton started a great revival in Centerville and the whole city turned away from Halloween celebrations and tuned to hallowed celebrations of Christ. Hmmm.. But that isn't the case.

All I know is that I needed to go to Centerville to meet Colton and let him know he is very special to God.

This week be watchful along every step of your journey. God is directing you. You may not be able to change the world or even one small city, but you can tell someone how special they are to God